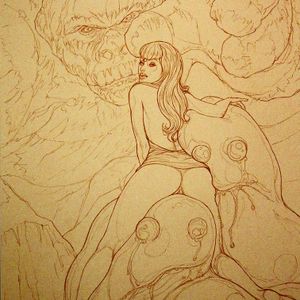 What's going to become of all these robots, Zandor?

"In hour four of the second day of the unexpurgated 'Nixon/Frost' interviews, the disgraced President specifically cited The Herculoids Saturday morning cartoon program and 'that damned noisy soundtrack and those Soviet agents working for the Hanna-Barbara Studios in North Hollywood's Cahuenga Pass' for his sudden Christmas-time decision to 'bomb all hell out of Cambodia in '72. One of my younger kids just wouldn't turn the t.v. down. I just god damned snapped.' "

So, that's it! Space pirates!