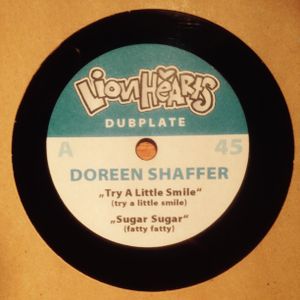 Nowadays, only few people remember that in the early 2000s I used to be Selector for a German Veteran Soundsystem called Lionhearts. The Lionhearts were founded in 1994 in Hamburg. Many of the older Reggae Fans in northern Germany will probably never forget the legendary Nite Buss Parties with Lionhearts and Silly Walks taking turns, hosting the hottest Dance in town.
Lionhearts had a Dub Box that was quite impressive for a mainland Europe Sound back then. This material was rarely played over the last 10 years and has never been released online. So I decided to finally mix down the ultimate Lionhearts Dub Plate Tape (which was originally planned for the 10th Sound Anniversary in 2004 but ...you know...) 60 Sound Clash Gems inna 80 minutes, recorded between 1994 and 2004, when hunting for Specials in Germany was all about dedication. Organizing rare Versions, voicing in improvised Hotel room studios... Veteran Style!
Hannes, Olav, Mathias... this is for you. Forever strong!

some nice dubs for real - big up from London!

Very very nice set! :D I would have loved to experiencie de Nite Buss Parties and the Lionhearts!! Thanks for sharing and keep it up! :D

luv the sequence luv the selection luv the mix......recommended listening.....