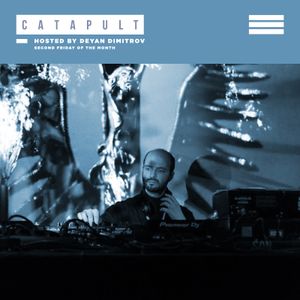 The boss of obscure, cassette tape label Orgone Dealers, Scoro has been keeping a steady DJ presence in Bucharest in the past ten years, playing with acts such as Rabih Beaini and Charles Manier.

Lately he's been releasing limited edition gems from Eastern European artists such as 33.10.3402 and Somnoroase Păsărele, but also digging deep into the cassette tape universe, coming up with tricky experimental/drone/ambient sets made using three tape decks.

Some other ingredients of Scoro's catalogue—industrial, EBM, synthwave, post-punk can be heard in this one hour mix for CATAPULT.