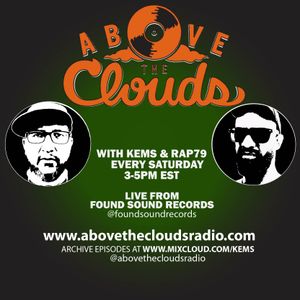 This show right here is what it's all about! Cheap Heat aka Cheapies But Goodies. In the Discogs age people get blinded by the rarity of a record and not how good the music is. I know so many people that know about some rare $458 African record and ain't up on the classics. I really don't understand this frame of mind. In order to combat this Above The Clouds Radio presents Vol 2 in the Cheapies But Goodies series which is a fancy way of saying all records on this show are $10 or less with the lone exception of the final record on the show.

The final record on the show is Passion Dance by McCoy Tyner as both Rap79 and I wanted to pay tribute to a true master just a few days after his passing. RIP McCoy Tyner.