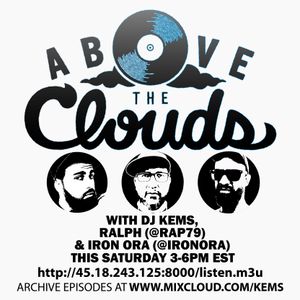 This episode was an awesome time to record as it features not one but two guests, which is only the second time that this has happened in the history of the show. The first time was with the homies Miguel and Harold from Colectivo Futuro. However, that episode had them split an hour. This show is different in the fact that the homies Iron Ora (@ironora) and Ralph (@rap79) put down their own hour of jams.

Disclaimer: Iron Ora and I were on the mic at the beginning of the show and then we started burning it down heavy and no one was trying to talk on the mic. So this show is just 3 straight hours of music. I hope y'all enjoy!!