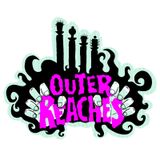 Outer Reaches (formerly KC Psych Fest) started in 2012 as a way to bring together outsider musical acts and celebrate the variety of experimental music within Kansas City, particularly genres that ventured into the psychedelic realm. The goal of Outer Reaches is to promote music that is adventurous and mind expanding. The festival aims to be genre-spanning and showcase young and established local, national, and international acts.

The 2016 Outer Reaches music festival will be held at the new recordBar (1540 Grand Blvd) in Kansas City, MO on September 30th and October 1st, 2016. This marks the fifth anniversary of festival since its start as KC Psych Fest.