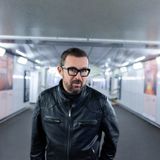 Judge Jules is one of the world's most prolific DJs.

Jules first took to the decks in 1987, launching a career that has notched up millions of miles, a legacy of spins of the decks and countless gigs in far-flung destinations, as well as the odd dirty warehouse thrown in for good measure! Jules’ DJ sets are the epitome of what DJing is about - passion and crowd-connection, amazing tunes and a set of hands capable of the most nimble of mixing.

With a list of awards that would make the British Olympic team blush, Jules has earned his place amongst the DJ aristocracy with such accolades as - Best DJ (Muzik Awards), No.1 DJ (Mixmag readers’ poll), Best International DJ (Dancestar Awards), and Best Radio DJ at the Smirnoff Dancestars. Jules also attained the lofty height of no 3 in Dj Mags legendary top 100 Dj’s poll in 2000 and has been a constant presence in the upper levels of the poll ever since.