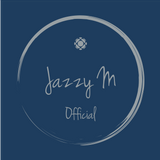 OhZone Black from Disco To Jack
Share
Play all

Michael Schiniou aka Jazzy M
Over a 30 year career in the music industry.Head Honcho to Ohzone Recordings , who's first release was Chime by Orbital.Worked with many great stars of our time including , Arthur Baker, Paul Weller and The Style Council, Janet Jackson , Julian Jonah and John Gould. He has played in over 80 countries throughout the planet with every major DJ throughout the World.
The first DJ to grace the decks at The Ministry of Sound on the opening Saturday night with legendary Larry Levan and has occupied a number of senior positions at the company over the last 20 years.The resident DJ in the UK for over 10 years and for International Tours for over 12 years including a regular play at Pacha in Ibiza for most of them also playing major cities in over 80 countries.
The DJ that brought you House to the UK tagged by Grooverider as The Godfather of UK House.