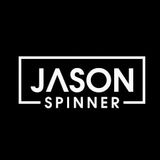 Jason Spinner is a talented Progressive House and Trance EDM artist. His highly anticipated new track ASTERIA released by SONY ORCHARD is now available for both purchase and streaming on every music platform. His current track Leto has over 300K streams on Spotify alone since its release in late spring. The success that Leto has seen in such a short amount of time is nothing less than astonishing. It has quickly become a favorite among Progressive trance fans. Jason has proven himself to be an extremely gifted producer. His tracks are layered with consistent build-ups and unique melodies with a very polished and professional sound. His creative mixing style as a DJ has gained him national attention for his “live-on-the-fly” remixes, earning him recognition as one of the “top up and coming artists of 2018”. Jason has been featured in several EDM exclusive publications and is quickly rising to success as a Top progressive EDM artist.