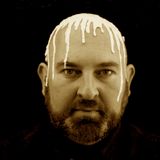 Jamie Jamal is one half of Pick n mix outfit 'This Human Condition' from Bristol (UK) blending many different styles of electronic music. Jamie describes their sound as electronic handbag punk Their track ‘Psychotropic’ was described as The Prodigy meets Boy George. Jamie has written songs about Poor Mental health, LGBT+ relationships, Stokes Croft and Alan Turing and brings a very 'human' element to their electronic sound and they are fun to watch live, expect performance art and projection. The duo has performed at Glastonbury Festival in 2017 and Jamie solo in 2019 and has been played several times on BBC6-Music by Tom Robinson on his BBC-Introducing radio show. DJ Rusty Egan (Blitz Kid, Visage, Ultravox) has been playing This Human Condition’s music on his electronic family tree show since 2016. Jamie is currently flirting with a project called FLUX and released their first track called Handbag Punk in Sept 2020 Expect some solo tracks and collaborations in 2021.