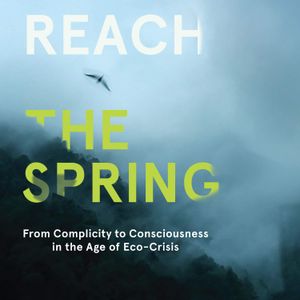 Nathaniel Popkin agrees his latest book is a guidebook to what we need to be thinking, not what to do, but what to think about the eco-crisis. In To Reach The Spring – From Complicity To Consciousness In The Age Of Eco-Crisis, the Philadelphia-based writer doesn’t lecture, he shares his own thoughts on responsibility.
It would be accurate, if not seem contradictory to suggest that Ashley Audrain is demure yet vivacious. Not unlike her debut novel, The Push, engaging yet chilling. Blythe Connor is the central character in The Push. Blythe is determined that she will be the warm, comforting mother to her new baby Violet that she herself never had. But in the thick of motherhood’s exhausting early days, Blythe becomes convinced that something is wrong with her daughter.