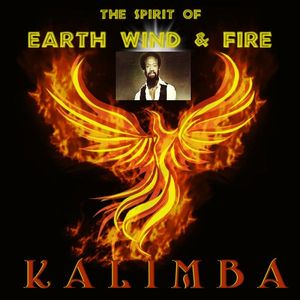 A very personal one to me as Earth Wind & Fire was the first record I ever bought and my first major concert, at Wembly Arena in the 70's, at the height of their success.

Maurice White was for a large part responsible for the soundtrack of my youth and responsible for shaping my musical taste which 40 years later is still the foundation of my love of soul music.

He is truly a multitalented musical legend as a Singer, Songwriter, Musician, Producer and Arranger he excelled in everything he did.

A journey through his career from a session drummer for Chess to the Ramsey Lewis Trio and beyond.

Classics but not necessarily the 'hits' as this is a connoisseurs tribute after all. We have some of the harder to find versions and tracks from the vaults but in the main sticking to the masterpieces in their original form.

Well well I thought I knew my music but JM why do we have to wait for men to die to find out bout the deep deep talent these people have . It's easy to say it rolls of your tongue but this man was a LEGEND so so underrated WOW I've learnt so so much in that 4hrs plus BIG THANK U JM NUFF NUFF RESPEC

Hey Colin, Very kind of you sir. Thank you so much for your kind words. Yes you are right should not need someone to die to celebrate their talent. Why I try to do specials with Interviews when I am lucky enough to get an interview. He was truly a legend.

That Love Together track, how good is that?

Taught me a thing or two JM, love your vibes

Very comprehensive JM.. I learnt a thing or two thank you for your effort of four plus hours .. That is deep sir.. But Maurice is deserved of that ????????

Remember dancing round me handbag with these tunes... RIP... Mr White

Show your support for the shows and music you love to listen to. Subscribe directly to this channel to become a supporting fan of JMSOUL and get access to exclusive rewards.