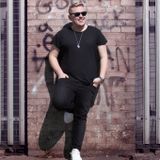 A true open format DJ, Jack’s quick mixing and ability to seamlessly blend old and the new across genres. He always ensures to deliver a high energy performance. Jack was inspired from an early age, honing his skills by studying working DJs at live music events.
Influenced by DJs such as MistaJam, Jack has worked endlessly to create sets that incorporate most genres. Heavily influenced by the electric musical taste of his father, Jack developed a love of early R&B, soul and disco genres right through to classic 90’s House and dance music. With flare on the decks, Jack has performed at all levels of the performance spectrum, from high end private events to club and bar’s both in the UK and internationally and is now the regular request of high profile individuals up and down the UK.