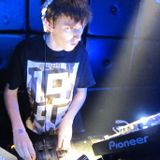 Never miss another
show from JAKAZiD

DJ/producer originally from Portsmouth specialising in stupid dancefloor-orientated hardcore music. My music takes influence predominantly from 90s rave music as well as Japanese music. My tracks have been featured on several TV-advertised compilations released by Virgin EMI, Gut and Warner as well as video games by KONAMI.

I also work as an in-house engineer at Media Records (parent label of Nukleuz/Big In Ibiza) and am currently responsible for the production of many tracks and remixes there.