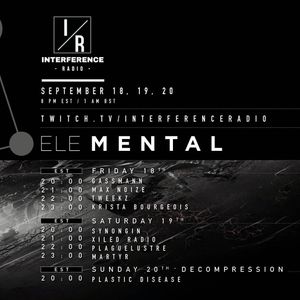 Xiled Radio is hosted by DJs Arcanus and Motia. Xiled Radio has been doing shows for 11 years. It's been more than 26 years since DJ Arcanus first pressed play on a crappy CD player in the Boston University radio station. He's come a long way, starting the Ceremony and Hexx club nights in Boston. He's DJed in many cities and at many festivals in North American and Europe, most notably playing at powernoise/techno nights at Wave-Gotik Treffen. He worked on the Convergence 2 North American festival and was one of the co-chairs for Convergence 25 many years later. DJ Motia has been spinning in the Boston area for five years, notably at Ceremony and her now-defunct residency at Resonance.