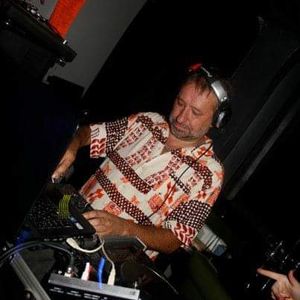 Nicky Holloway, was there at the very start of the Acid house movement in the UK. As the fabled story goes…. In 1987 the ‘4 amigos’, Nicky along with Danny Rampling, Paul Oakenfold & Johnny Walker were dancing in Amnesia to the sounds of Alfredo, who at that time was the resident DJ at Amnesia. Alfredo, had started to introduce the earliest house music tracks into his legendary mixes at the club. Nicky and the guys were already well known DJs in London.

After his experience in Ibiza, Nicky set up a night called Trip at the London Astoria. This night become a huge success and Nicky established himself as a key player in the early scene of what we still enjoy to this day!

Ibiza unlocked music are more than excited to bring you this exclusive mix that, Nicky has seamlessly created. This mix is the latest in our series to tell the story of the music that was played here throughout the years.

Who will be our next guest DJ?

Leg End Mr Holloway !
Him and Pete were a big part of my problem LOLOLOL

Thank you, I'm happy that you've enjoyed it. Keep an eye and an ear out for our latest mix coming soon.

Totally agree seamless mix from the legend that is Nicky Holloway.

Thank you for taking the time to leave a comment, it really does help me in providing more mixes by the legends. I new one coming soon......

Wow great mix unique is what you are !

Thank you for sharing this Danny, it was very kind of you.

This mix is amazing .. so many old classics ☺️