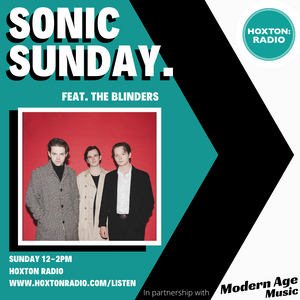 They’ve teamed up together to give you weekly interviews with the crème de la crème of the indie, rock, punk and alternative music scene. As well as this, Modern Age Music will be selecting their ‘Track Of The Week’.

This Sunday’s artist in focus was The Blinders. On the 17th of July they will be releasing their new album ‘Fantasies of a Stay at Home Psychopath’. The band spoke about what it was like packing up and moving to Manchester, how Covid has affected their year and how a painting at the Imperial War Museum inspired Mule Track - a single taken from the album.

Plus, as always Libby gave us an insight into who is on her radar with new music from Fontaines D.C., The Ha’Pennies, bdrmm and Dream Wife.