Ladies What Brunch with Andrea Mann 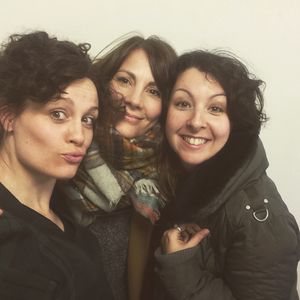 The Ladies What Brunch had rather a contrasting week; Helen went to Buckingham Palace and Sam smashed her iPhone but the ladies joined in their despair and heartache at Benedict Cumberbatch's recent marriage. The Eastenders live episodes were dissected as well as the perils of crawling a marathon.

The ladies' special guest was none other than comedy writer Andrea Mann. Former comedy editor of the Huffington Post UK, Andrea is, of course, a 'funny dog and cat video expert'. She gave Sam and Helen her low down on the forthcoming oscars and even re-wrote the Lucy Beale story line... Sam did it, in Hoxton Studio, with a blusher brush.