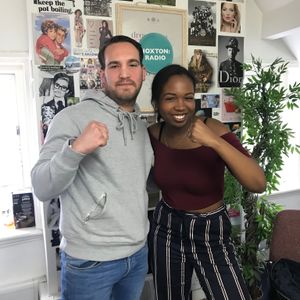 Stevie Wonder, Zak Abel, Everything But The Girl, Jorja Smith, Survivor and more.

This week on Hoxton Sport with no Jay or The Preshaah this week Lollie recruited boxer Jamie Arlain to co-host with before his big return to the ring!

Dan Evans wins in Glasgow after drugs ban in Glasgow

And most importantly Jamie's return to the ring two years after his last match! He's come out of retirement will be fighting at York Hall on September 8th. Call 07528 663 629 for tickets!