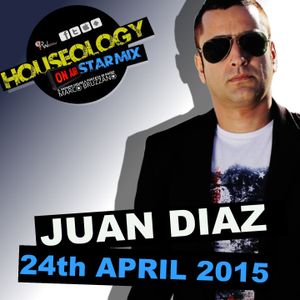 Juan Diaz began DJing in his native Catalonia in 1988, aged only 15 years old.
After regularly playing throughout Spain, he gained his first residency at Pacha, Pineda (in Tarragona city) in 2000, playing weekly to a crowd of 5,000 people. In the same year, Diaz gained his first guest spot at Pacha Ibiza.

After having built his name and reputation on the Spanish house scene, Diaz took his sound onto an international level. He now plays regularly in Holland, Portugal, Malaysia, America and Italy and has played standout parties at Creamfields (yearly festival in UK), Zouk (Singapore) and Opium Gardens (Miami) as well as DJing for Pachas worldwide, including clubs in Ibiza, London, Budapest and Zurich. He also was resident for Erick Morillo’s Subliminal Sessions at Pacha, Ibiza, playing alongside Erick Morillo, Harry Romero, Jose Nunez and many others. He currently holds a respected weekly residency at Catwalk in Barcelona.
his name is a perfection guarantee.....