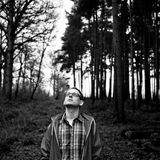 Never miss another
show from Hint

Bristol Drum & Bass Mix: Side B
by Hint

Bristol Drum & Bass Mix: Side A
by Hint

Starting his career with releases on dusty beats labels Deep Water and Hombre, Hint’’s own brand of ‘rural beat’ was introduced to an unsuspecting public in 2002. Ninja Tune’’s ears soon pricked and they hunted him down before signing him for an album deal. This resulted in his debut album, “‘Portakabin Fever’”, which took Hint across the world and back touring.

After a brief break in releases, Hint decided to pursue a more club-friendly direction. His debut for Tru Thoughts, “‘The Tremmuh”’, was picked by Benji B as one of his favourite tracks of 2006, and Mr Scruff declared it ‘”forward thinking awkward dance music, brimming with genius”’. Subsequent EPs confirm Hint as one of the men of the moment in electronic music, with support coming from all corners.

A master of many trades, Hint’’s DJ sets take in hip hop, house, drum & bass, dancehall, electro, garage, breakbeat and disco, piecing them together like a diligent jigsaw enthusiast and never losing the flow of your feet.