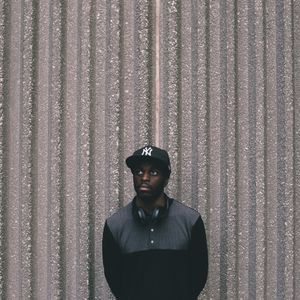 Growing up in East London, Alfa Mist began his journey into music production at the age of 15 when he started making grime and hip-hop beats for his school friends to rap on, looking to the likes of 9th Wonder, Hi-Tek, Talib Kweli and The Roots for inspiration. A self-taught pianist, Alfa seasoned his musical talents by studying the works of accomplished film producers like Hans Zimmer and James Newton Howard, as well as Jazz pianists like Robert Glasper. Now, at 23, the multi-instrumentalist and producer has the world at his musical feet with his debut EP Nocturne, an amalgam of jazz, poetry, neo-soul and hip-hop that joins the dots between the vast underground of London and the more classical elements of music.

For our 21st mixtape, Alfa invites you to transcend into his eclectic sonic world, melding together a mix of smooth trip-hop hooks and astral R&B fixings to help you cruise through the remainder of those restless summer nights.

how can i get a track list of this mix

the best thing ever

I am glad I stored this one

very dope vibes...perfect for any situation.

love this. perfect tunes whilst i work <3