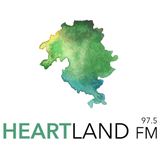 Never miss another
show from Heartland_FM

Today a small team have continued to work to help re-invigorate the station for future years to come. We aim to provide a mix of engaging, entertaining and novel music/programmes for our listeners.
Still based in Pitlochry Heartland FM now broadcasts 24 hours a day, 7 days a week to around 15,000 people across Highland Perthshire on 97.5 FM and also online, via smart speakers and now on MixCloud