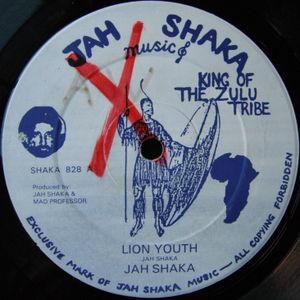 Next slice of UK 80s Roots with the spotlight on early productions from Shaka and his London bredrens Mad Professor and Norman Grant (Twinkle Brothers)… these are the heavy sounds that, combined with the love for Steppers and the advent of digital sounds, eventually led to the UK Dub of the 90s and beyond… a scene that has now spread internationally. Intro on a killer Twinkle brothers LP cut ‘Underground’ followed by Shaka and Sgt Pepper vocal cuts on Mad Professor’s ‘Judgement day’ riddim, and Junior Brown’s ‘Fly away (Shaka production that one). Next the murderous ‘Frontline’ by Black Roots… from Bristol, not in the same London scene, but similar sound still, paired with a Shaka/Twinkle LP cut ‘His Imperial Majesty’. Middle segment with similar sounds from Shaka, Junior Brown (including his classic ‘Warriors’ on the Warrior Charge riddim) and Twinkle Bros. Outro on some Vivian Jones cuts from his Shaka LP Jah Works.

Another masterpiece of UK Roots history!