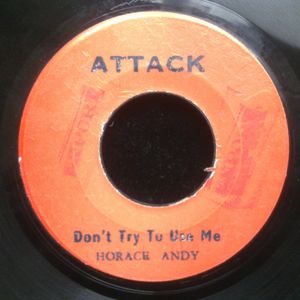 The late great Bunny ‘Striker’ Lee hardly needs any introduction. A selection of early-ish productions from the Striker, and the odd other cut on same riddim, which he often shared with other producers. Lots of King Tubby dubs too.. some true Dub masterpieces. Bunny & Tubbs were close and he spent many a day at Tubby’s Waterhouse studio. Focus here on the deeper downbeat roots, mainly pre-flyers (flying cymbals) era…though some cuts from that era are featured too. I do love the odd flyers but in small doses only. Many personal faves on this one, from big classics like ‘No born yah’ and the Horace Andy and Linval classics, to more obscure ones like the ‘Repatriation’ cuts and Freddy McGreggor later cut of Al Campell’s classic Rasta time. If interested in King Tubby, check out the top-notch book by Thibault Ehrengardt (One of the best Reggae/JA culture writers ever, IMO - behind the legendary Natty Dread magazine-France...all his books are worth a read) https://www.dreadeditions.com/

Great selections. I enjoyed reading the tubby book! You played two of my fave tubby dubs (Inna fine style & don't try and use me) big up :)

Yes Rob good to hear from you. Hope you had a nice Xmas. Thanks for checking the mix. Glad you got a copy of the book. I really enjoyed it too. All his others are great too but mostly written in French. Yeah man, those 2 Tubby dubs are up there amongst the greatest in Dub history!

Big up, thanks for checking it

Kool Roots from the foundation! Big up Healaman, smooth sailing for my sunday afternoon.

Big up Karl, thanks for the kind words. Greetings for the festive season, hope you and fam have a good time