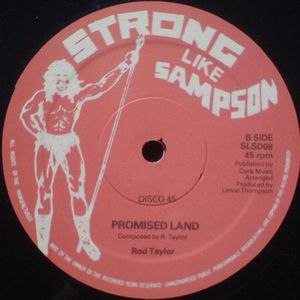 Back to JA for this week’s mix, with a focus on early 80s heavy Roots sound- if you’re into this sound, check the previous early 80s Roots mixes from a few years back… a few repeats, but worth it. Kicking off with a heavy Viceroys cut ‘Miracle’, followed by personal fav outta Jammy’s: Joy bells ringing. A few cuts from a Tuff Gong/56 Hope rd comp including a killer B Levy, a wicked Wayne Jarrett take on ‘long dreadlocks’ and the enigmatic ‘Born Politician’ by Barry Brown… intriguing as most artists stayed well clear of any kind of politics lyrics (for good reason! simple personal safety). Interestingly, production is credited to Tony Welch... notorious PNP ‘community leader’ for Jungle and owner of the equally notorious Socialist Roots sound (previously King Attorney), close friend of the Gong and instrumental in the 78 Peace treaty... alongside Bucky Marshall (PNP), and Claudie Massop (JLP) the Tivoli Gardens Don. Also featured heavily are Strong like Sampson 12s and Rod Taylor cuts.

THanks for checking the mix

Another favorite selection!
Had to check out Rod Taylor - sounds a bit like the late but 4ever great Barry Brown - see they were in the same group, way back.... Thanks!
The last killer tune, Promised Land has the quality stamp of Strong Like Sampson all over! Big up!

Big up Bobpsky... never new Barry B and Rod Taylor were in the same band!! Thanks for the knowledge

Big up Ben, thanks for checking it!

Thanks Robin, and big up as always for your show