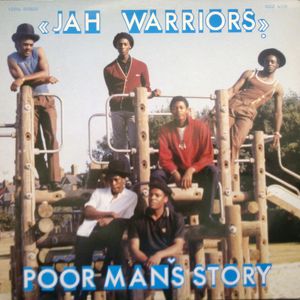 Back to UK 80s Roots this week, with a focus on bands. Unlike in JA where bands’ main identity was a (often very fluid) studio recording outfit, in the UK, bands came more like the Rock band model, with strong identities as a unit, touring up and down the country and often releasing coherent LPs (rather than yard-style collection of singles). A few climbed to international fame, many didn’t but still released some amazing Roots music. Kicking off with 2 tracks form a Killer LP by Jah Warriors. Then an obscure 12” by A Pearson and an infectious LP track by Harlem Spirit followed by a heavy Carnastoan cut. 2 LP tracks by Reggae Regular then follow, again heavy as lead, UK stylee! Then a couple deep lover 12s by the Liberators and Keith Douglas. Next up a killer ‘Rise in the strength of Jah’ riddim feat Matic 16, paired with their mega classic ‘Jahovia’ on the outro, just after killer but obscure 12" on Lion Kingdom by I Benjahman & Earthman. Playlist soon come, but timestamp available.

Sweet & Heavy! Just as I like it! Thanks Heala.

Big up Heala. very good selection as we love it. Give thanks for sharing the beautiful music!

Bless up Mr Kenyatta. Thanks to you also for the killer Rootsman mixes and other works. Take good care.

thanks again. loved the I Benjahman & Earthman - Give love a try

Big up sir, well spotted. Bit under the radar that one!

Yes my friend! Thank you. And thanks for the Vivian Jackson mixes! Love those.

Blessed Sunday To You & Yours ,Same Fr All Listeners

Big up bro, thanks for checking it!

WITH pleasure as always Bro