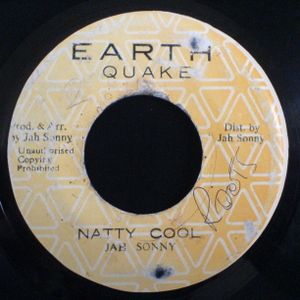 Next slice of JA 70s steppers, with many a classic and big tune featured. Kicking off with my favourite Trojan 7” of all times, the killer ‘African Dub’ by Silvertones (a later cut than the Perry one), followed by a couple of LP cuts, from Winston McAnuff (another cut from same LP ft later in the mix) and Heptones. Then the ever classic ‘Good old days’… very big tune on the UK Roots scene, followed by the equally killer ‘Leggo Jah children’ by Barry Brown, with an unbelievable Tubby’s mix. A few one aways follow: Jerry Adams ‘Some a Halla’, Ras Midas ‘Melchezideck’, ‘Kwame Heshimu ‘Beast of burden’, Ovations ‘Too much war’ and Jah Sonny ‘Natty Cool’… all top notch tough Roots with beautiful vocals, harmonies and horns…deep and heavy. Outro on another Perry classic, Lord Creator's ‘Such is life’ and one last one-away killer ‘Mercy gone’. Dubs featured of course!

The Silvertones track is a favorite - period!
But Chapter 9 doesn't stop there! Thanx again Heala!

Big up Bopsky! The Silvertones cut was a hard one to follow...

Yes Stereotone. Good to hear from you. Thanks for checking the mix and thanks for the comment

Easy Martin, good to hear from you, thx for the shout. Hope you're good?