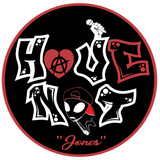 Never miss another
show from Havenotjones 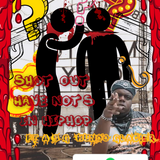 by Havenotjones
YOUR PISSIN IN THE WIND AND ITS GETTIN ALL OVER YOU WHEN YOU HATE AND GOSSIP FOR NO GOOD REASON MAKING UP LIES CAUSE YOUR MISERABLE IN YOUR OWN LIFE AND SCARED TO TRY UR PIE YOU ONLY MAKE YOURSELF LOOK FOOLISH WATCH YOU WILL SEE WHY!
0
1y ago 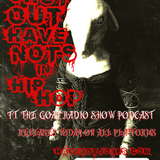 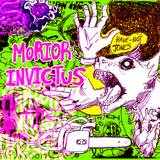 by Havenotjones
email me for a free song sampler off it eARLY SHOTOUTHAVENOT@GMAIL.COM
0
1y ago

Have Not Jones is a multifaceted rapper with an eccentric style that draws inspiration from old school hip-hop, hardcore music, and a dash of country. His music combines aggressive lyrics with an unexpectedly positive message in a way that is sometimes reminiscent of if a character from a Rob Zombie horror film listened to a shitload of Tupac and then became a motivational speaker. It is the result of surviving abuse, poverty, and struggle to come out on top with a "Fuck you" attitude and trying to uplift others going through the same things.

He was born in May 31st, 1988, and grew up in Springville, AL, a small town outside Birmingham. As a teenager, he was heavily involved in the hardcore scene, performing at shows as the vocalist for a band, and listened to Tupac religiously. From a young age, years of his life were spent in and out of jails and rehabs, living on the streets, selling drugs and struggling with alcoholism. In recent years, he has changed his attitude and started turn