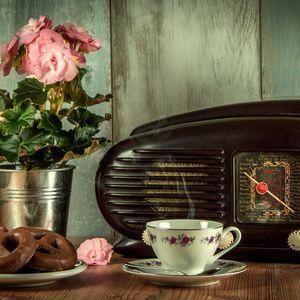 This week, I’m asking the big question: where would you go if you had smallpox in early twentieth-century North Manchester?

As a few people might know… the answer is Drinkwater Park Hospital in Prestwich. Formerly a mansion house called Irwell House, and now a public park, Drinkwater Park was opened as an isolation hospital in the early 1900s. It was specifically intended for smallpox patients. The hospital (and the illness) are no longer with us, but the park remains.

On this week’s show, I’m going to take a look at the history of Drinkwater Park and Irwell House, from its construction for mill-owner Peter Drinkwater in the late eighteenth century to the strange story of the house’s demise in 1958. And some smallpox (and turnips) in between.

In addition to this journey around Drinkwater Park, I’ll be taking my usual look at Yesterday’s Papers.