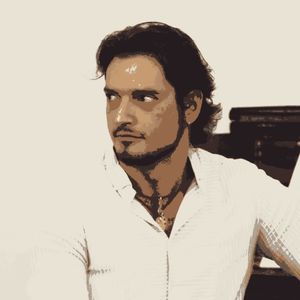 In the first year of operation, Grounding Sounds has made shows available on an infrequent basis. As interest increases, the shows ready to post are starting to back up, so we'd best get a move on! Next up, we welcome Italian pianist Bruno Bavota who is currently on his 2013 tour and has recently released 'La Casa Sulla Luna', his second studio album. La Casa Sulla Luna (meaning the house on the moon) will be out again later in the year as a limited edition re-press by Polish label Preserved Sound (http://preservedsound.com)

As you might expect, Bruno's mix for Grounding Sounds covers the modern classical genre which has directly inspired his work; the likes of Eluvium, Olafur Arnalds and Dustin O'Halloran all playing a part in his personal journey with music. Interestingly, Bruno also draws inspiration from the more vocal-based song structures of Tunng, Foreign Fields and Damien Rice.