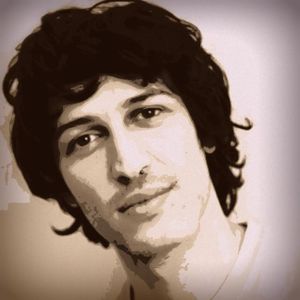 Kicking off 2013 in style, Grounding Sounds welcomes aboard Byron Christodoulou to share his two part show.
In 'Part One' Byron presents a selection of some of the most personal pieces of music from his collection.
For 'Part Two' he decided to use this space to have some fun, opting for a synth driven disco set to play at parties.

For those not familiar with Byron, perhaps you may recognise some of his many projects. He is from Greece, has lived in many places, but currently he runs his operations from Berlin, Germany.
His label Felt, has seen him release music by artists such as Pleq, Quinn Walker, Spheruleus and Hiroki Sasajima. He records his own material under the names Vincent Kuhner and Golders Green.
Other projects include mastering services and more recently, work with radio such as Paranoise Radio and Poplie.