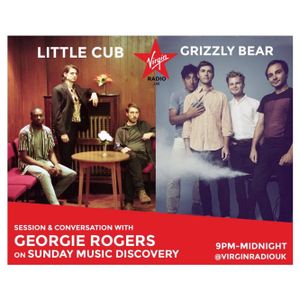 Georgie Rogers curates and presents Music Discovery every Sunday on Virgin Radio around the UK.

In this week's show she had Ed Droste from Grizzly Bear on the phone to get all the details of their new album Painted Ruins, coming in August.

Actual Record of the Week from G's own stash came from Steely Dan who are playing a show in the UK later this summer for the first time in years. The vinyl of Gold cost her $6.95 in New York.

She also paid tribute to Chris Cornell by playing some Soundgarden and Temple of the Dog.

Find out more about her work and the show here: