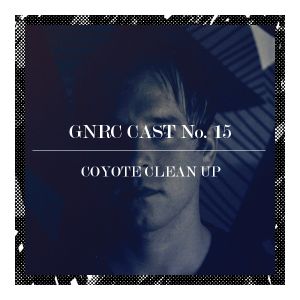 Coyote Clean Up is Detroit native C.J Sienkiewicz. Since moving from Cleveland at a young age, the Motor City has lured Sienkiewicz in - as the place does with many people. His music has gradually evolved over time from Hip hop indebted sounds, to more of a House influence, making the recent association with 100% Silk a perfect partnership. Sienkiewicz's Frozen Solid cassette was released on the imprint last year, and is soon to be followed by a 12" on the LA based label. He also has a track forthcoming as part of Jimmy Edgar and Derrick May's We Love Detroit Compilation, alongside a few other upcoming projects throughout the year. The mix itself is eclectic and varied, with a bunch of tracks we don't know, and some that we do - making it another one for the trainspotters out there.

man, this is eclectic as ever! beautiful, killer mix!