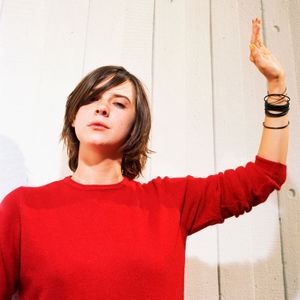 This 6 song session with Chan Marshall aka Cat Power was originally recorded onto cassette tape and broadcast in October 1998. I re-discovered it recently and ripped it and so this is the first time it has ever been heard in full by anyone other than me and her, and let's be honest no-one was probably tuned into cable radio back then anyway. When she came to record her session at the studio she was accompanied by 2 of her friends, the band The Dirty Three who just sat in the corridor chatting and smoking.
Chan was so sweet that day, sitting opposite me in our tiny studio, strumming and singing to me for nearly an hour, I had left the tape running to record everything and these are the six songs that she completed. There were many attempts at others like Dreams by Fleetwood Mac but these are the ones that came out best and it really was a magical afternoon for me to have such an intimate performance from her.

Friends of Dean Martinez : The Shadow Of Your Smile
Cat Power : He Was A Friend Of Mine
The Dirty Three ft. Nick Cave : Sea Above, Sky Below
Cat Power : Metal Heart
Moon Duo : Planet Caravan
The Lonely Island : Who Said We’re Wack?
Cat Power : He Turns Down
Wendy & Bonnie : By The Sea (You Keep Hanging Up On My Mind)
Perfect Mother : Dark-Disco-Da-Da-Da-Run
Cat Power : Sea Of Love
Islet : Caterpillar
Richard & Linda Thompson : The Calvary Cross
Cat Power : From Fur City
Cat Power : We Dance
Bill Nelson : Pilgrim (Fantasia On A Distantly Remembered Hymn)