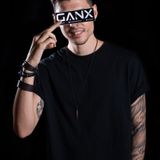 Never miss another
show from GANX

DJ Ganx is a 25 year old DJ and Producer, widely regarded as one of the hottest up-and-coming names on the Bulgarian club scene. He has his own unique sound and style - a fusion of EDM & Commercial Dance, Hip-Hop, Moombahton, Urban and Afrobeats.

With over 7 years live experience, Ganx has held nightclub residencies across Bulgaria and has performed at a number of international hot-spots including Sunny Beach and Mykonos among others.

A highlight for Ganx was his appearance at the Totally Summer festival in 2018, playing alongside some of the most popular Dutch artists and DJs.