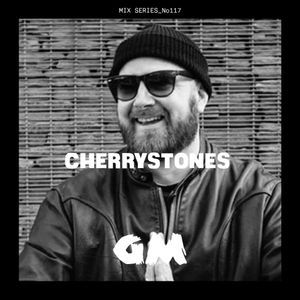 Body Without Organs and Zaliva-d.

'Extended Memory Pt 2" The one hundredth and seventeenth in the series comes from Gareth Goddard aka Cherrystones, the longstanding international DJ, soundtrack composer/producer, compiler and music consultant. He has recently released two new records, one for Cult psychedelic band Hawkwind, where he reworked two classics, and another being a marriage of his own beat heavy synth & drum style, demonstrating a unique and care free approach & more importantly his deep love of music and it's many forms, his 8 year standing NTS radio show has a strong devout following and when he is not making music, Dj'ing and opening for respected bands he mostly likes to cook and enjoy nature after all music is the food of love.