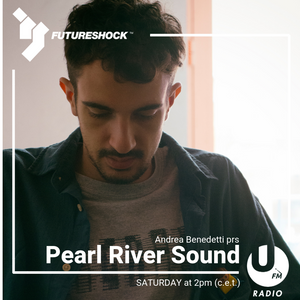 Pearl River Sound, aka Roberto Semeraro, is a project that emerged for the first time through the release of a tape for the American label Further Records. From 2012 to today, Roberto has released his music on Meda Fury, New York Haunted, Mixed Up and Zeitnot. His sounds fly somewhere between Lory D and µZiq contaminated by the ambient music of the early 90's and by the explorations of the ‘new school’ braindance. This set was previously recorded live at AMEN ceremony w/ Serena Butler b2b Arcangelo (Dehumanize Yourself) organized by AMEN https://www.facebook.com/AMENnite/.