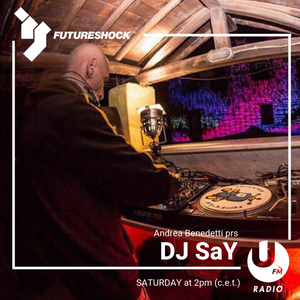 Alessandro Ferranti is a roman dj and producer since the beginning of the ‘90s. Acting with the pseudonym of Say DJ, he keeps playing Deep Techno and Electro: a roman sound vision he likes to define as “electronic ritual dance”. He has produced with Donato Dozzy two eps on Mental Groove and Attic Music and with A Credible Eye Witnes on ACEW records. In solo he produced on Triumvirate and Sensorial, his label where he collaborates also with Carl Finlow for a remix.