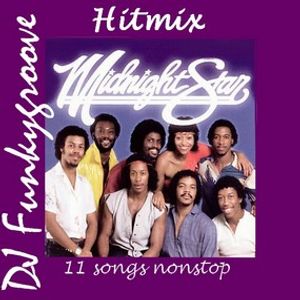 The group was formed in 1976 at the Kentucky State University as a self-contained group. A 1978 New York City showcase inspired SOLAR Records chief Dick Griffey to sign the group.
They released their debut album "The Beginning" in 1980 and kept on making records untill 1990. Utilizing elected band leader Reggie Calloway's production skills, it did not take long for Midnight Star to hit the various R&B charts.

The group reunited in 2000 with many of the original members (including all of the singers) and released the album "15th Avenue" two years later.

Njoying my hitmix? Please let me know by hitting the fav heart and/or leave a comment, thank you!

Another great mix memories
Loved it
Thank you

thanks for the memories

Totally awesome! Both the band and the mix! =) Thanks Roy!

Agree with you Graham ;-) thanks!