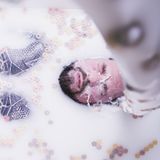 Never miss another
show from Funkanomics

Juwee, FxFarmer and Bobby Kudlicz: the three headz from the south of
Germany, who launched the project Funkanomics in late 2006, have since
then been touring extensively in the club scene. They have taken their beat
contoured live experience and mixed it with their own funked up style in
their productions. A sound that is designed for the dance floor and made up
of beautiful crunchy bass lines, coupled with pumping grooves. A merger
that works and once it starts can´t be stopped.

In their sets the "Funkos" impress by presenting their sound on four
turntables plus a very own live set including breakbeat with influences from
hiphop, funk, dope beats, reggae and electronica. They go against the grain
of conventional djing so smoothly, that you only have to listen to it once and
its inside your head. As a result the crowd is instantly whipped to a frenzy with
an imaginative and more approach to dance not confined to one genre.