Fractured Air 39: Call Across Rooms (A Mixtape by Julianna Barwick) 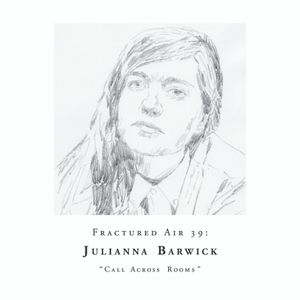 Fractured Air 39: Call Across Rooms (A Mixtape by Julianna Barwick)

The Brooklyn-based composer Julianna Barwick has firmly established herself as truly one of the most wholly unique artists making music today. Barwick has released three LPs to date: ‘Sanguine’, her 2006 self-released debut LP; ‘The Magic Place’ (Asthmatic Kitty, 2011) and ‘Nepenthe’ (Dead Oceans, 2013). Barwick has also recorded as a duo alongside Helado Negro under the OMBRE guise resulting in debut LP ‘Believe You Me’ (Asthmatic Kitty, 2012). Born in Louisianna and raised in Missouri, Barwick’s love for music stemmed from her participation in school choirs during her formative years. Current LP ‘Nepenthe’ was recorded in Reykjavík and features contributions from some of Iceland’s most treasured artists (Amiina, múm’s Robert Reynisson and Alex Somers).

listening to this in the monsoons in the mountains of India. just perfect!

Wow, would love to be there, sounds magical : ) Thanks for listening!