Fractured Air 37: No Rush (A Mixtape by Polar Bear) 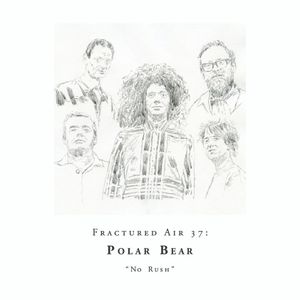 Fractured Air 37: No Rush (A Mixtape by Polar Bear)by Fractured_Air

Fractured Air 37: No Rush (A Mixtape by Polar Bear)

Polar Bear (UK/The Leaf Label) have established themselves as one of the most intriguing bands over the last decade or so as the five-piece have ceaselessly explored new terrain while genres such as jazz, world, electronic, dub, hip hop, ambient and pop/rock have all found their way onto the band’s utterly beguiling and truly original sound palette. Led by drummer Sebastian Rochford (Brian Eno, Beck, Rokia Traoré, Yoko Ono) Polar Bear’s full lineup include the formidable talents of bassist Tom Herbert (The Invisible), electronic wizard Leafcutter John, saxophonists Mark Lockheart (Django Bates) and Pete Wareham (Melt Yourself Down, Acoustic Ladyland). 2015 marks the release of the band’s sixth studio album ‘Same As You’ (Leaf Label) and follow-up to 2014’s Mercury Prize nominated ‘In Each And Every One’.

‘Same As You’ is available now on The Leaf Label.

Thank you for listening!!