A Glimpse of Underground Chicago, 1988 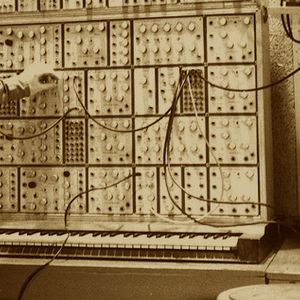 A Glimpse of Underground Chicago, 1988by Fossil Aerosol Mining Project

This playlist features eight nearly-lost pieces made by a number of young artists working in Chicago in 1988. The set is titled “Underground Chicago” in part due to the fact that most of this work was recorded in the basement studios of the School of the Art Institute of Chicago, where all of these artists studied, taught, or worked during the 1980s.

Tracks 1-3 are studies made by students enrolled in my “Introduction to Sound Technique” course in 1988. Tracks 4-7 are excerpts from a group show that I curated for the Museum of Contemporary Art the same year. Finally, track 8 is a live improvisation by the Fossil Aerosol Mining Project (with an expanded line-up), in the basement studios of the SAIC. It is composed of the real-time processing of audio from three VCRs that were simultaneously playing damaged tapes of old science fiction films.