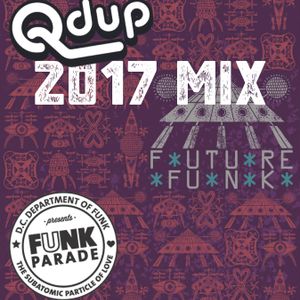 Qdup is back with a promo mix for the fourth annual DC Funk Parade! This mix is filled with Future Funk, which is the 2017 Funk Parade official theme. It will make you feel like the mother ship has just landed in your back yard for a Cookout! The mix features the forthcoming Qdup single “Get Up ft Jerome Joyce” which will be released on Washington DC’s, Fort Knox Recordings in June 2017. The 2017 DC Funk Parade goes down on Saturday May 6th in the U Street Corridor. Come get down with the Fort Knox Family as we bring the funk to U Street Music Hall for our annual Funk Parade party...