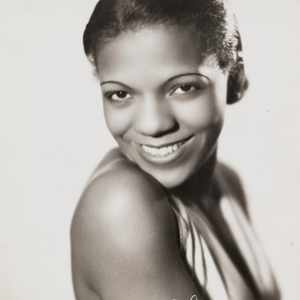 On this week’s show we celebrated birthdays of musical artists who joined us on planet earth in the judicious month of July. Photo: Ivie Anderson Show playlist is in the listener comments section below.

1) “Slack Key #1” was composed and played by the guitar master and our Birthday Boy Sonny Chillingworth on his superlatatious CD: Endlessly.

4) “Alabamy Home,” the 1937 recording by our Birthday Girl Ivie Anderson with the Duke Ellington Orchestra, spotlighting the talents of our July Birthday Boys Cootie Williams on Trumpet and Johnny Hodges on Alto Sax, along with Harry Carney on Baritone Sax, found on Ms. Anderson’s outstanding album: I've Got the World on a String.

5) “I'm in the Mood for Love,” inked by Jimmy McHugh and Dorothy Fields for the 1935 movie: Every Night at Eight, was waxed in 1950 by the legendary Alto Sax Master Charlie Parker’s Quartet, with Birthday Boy Hank Jones on Piano, Ray Brown on Bass and Buddy Rich on Drums, taken from the bodacious box set: Boss Bird.

6) “Detour Ahead,” the song by Lou Carter, Herb Ellis and Johnny Frigo waxed in 1951 by Billie Holiday and drawn with tongs from her Germanic bulging box set: Lady Sings the Blues, accompanied by the guitarist and our Natal Numinary Tiny Grimes and his Sextet.

7) “Calgary,” was found on the 1958 Pennsylvania-esque production: Benny Golson: And the Philadelphians, featuring Mr. Golson on Tenor Sax and arrangements, the song’s composer Ray Bryant on Piano and our July Birthday Celebrant Philly Joe Jones on Drums.

8) “Serenata,” the song by Leroy Anderson and Mitchell Parish, recorded in 1962 by the astute arranger Quincy Jones on his latinesque LP: Big Band Bossa Nova – The Newest Latin American Rhythm, with our Birthday Boy Paul Gonsalves on Tenor Sax, as well as Jim Hall on Acoustic Guitar, Lalo Schifrin on Piano, and Jerome Richardson on Flute.

9) “Tanya,” written by Joe Liggins and played on Tenor Sax by our Birthday Celebrant Plas Johnson, originally released in 1960 on a 45 rpm single and found on the comprehensive compilation: Saxophobia – A Horn-a-Copia of Sax-ual Delights/Ultra Lounge Volume 12.

10) “In a Sentimental Mood,” the 1931 composition by Duke Ellington with lyrics by Manny Kurtz, sung by our Natal Notable Billy Eckstine in 1946, with Miles Davis on Trumpet, Sonny Stitt on Alto Sax, Gene Ammons on Tenor Sax and Art Blakey on Drums, found on the rum retrospective: Boppin’ With “B.”

11) “Airmail Special” taken from a radio performance broadcast sometime between 1939 and 1941 by the Benny Goodman Band, including our July Birthday Boy, the pioneering electric guitarist Charlie Christian from his radiological recording: On the Air. In addition to Mr. Goodman on Clarinet and Jo Jones on Drums none of the other musicians are identified.

12) “I'll Never Be Free” is warbled by our July Birthday Celebrant Louis Jordan in a 1950 duet with none other than Ella Fitzgerald and is derived from the bodacious box set titled: Louis Jordan His Tympany Five.

13) “Wrap Your Troubles in Dreams,” the 1931 song composed by Harry Barris, Billy Moll and our Birthday Boy Ted Koehler and is found on the aleataric album: Art Tatum – 20th Century Piano Genius, which was recorded in 1955 at a party at the Beverly Hills home of Warner Brothers Studios musical director and multiple Academy Award nominee and three-time winner Ray Heindorf.

14) “Any Place I Hang My Hat Is Home,” written by Johnny Mercer and Harold Arlen for the 1946 Broadway musical: St. Louis Woman, sung by our Birthday Girl Helen Merrill on her 1956 lithesome LP: Dream of You, arranged and conducted by Gil Evans, with Birthday Boys Hank Jones on Piano and Joe Morello on Drums, as well as Oscar Pettiford on Bass, Barry Galbraith on Electric Guitar, John LaPorta on Clarinet and Alto Sax, Joe Bennett on Trombone, Jerome Richardson on Flute and Tenor Sax, Danny Bank on Flute, Bass Clarinet and Baritone Sax, Romeo Penque on Flute, Clarinet and Oboe, and Phil Bodner on Flute and Oboe.

15) “Undecided,” the 1938 song by Sid Robins and Charlie Shavers recorded in 1956 by our July Birthday Boy Cal Tjader on his landmark LP: Black Orchid, spotlighting the talents of Manuel Duran on Piano; Carlos Duran on Bass; Luis Miranda on Congas; and Bayardo Velarde on Timbales.