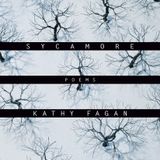 Kathy Fagan’s latest collection is Lip (Eastern Washington UP, 2009). She is also the author of the National Poetry Series selection The Raft (Dutton, 1985), the Vassar Miller Prize winner MOVING & ST RAGE (Univ of North Texas, 1999), and The Charm (Zoo, 2002). Her work has appeared in The Paris Review, The Kenyon Review, Slate, Field, Ploughshares, The New Republic, and The Missouri Review, among other literary magazines, and is anthologized in Under 35 (Doubleday, 1989), Extraordinary Tide: New Poetry by American Women (Columbia, 2001), American Diaspora (Iowa, 2001), The Breath of Parted Lips: Poems from the Robert Frost Place (CavanKerry, 2001), and Poet’s Choice by Edward Hirsch (Harcourt, 2006). Fagan is the recipient of awards and fellowships from the Ingram Merrill Foundation, the National Endowment for the Arts, Ohioana, and the Ohio Arts Council. Formerly the Director of Creative Writing and the MFA Program at The Ohio State University, she is currently Professor of English.