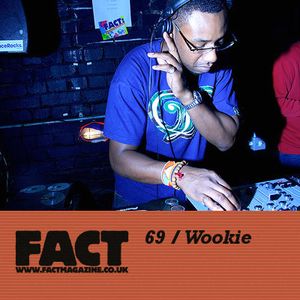 FACT Mix 69 is by Jason Chue. You probably know him as Wookie.

Arguably the name to emerge from the late nineties UK garage scene, Wookie’s production style – a meticulous blend of RnB, drum and bass, house and reggae that he honed with Soul II Soul’s Jazzie B – is burned deep into FACT’s subconscious thanks to classic singles like ‘Battle’, Scrappy’, ‘Storm’, ‘Duppy’ and ‘What’s Going On?’. In his time he’s worked with such luminaries as Masters at Work, Zinc and MJ Cole, supplied remixes to Nas, Destiny’s Child and Public Enemy, and produced one of garage’s definitive albums (2000′s shimmering Wookie).

If all that seems nostalgia-heavy, check his more recent singles, ‘Sunshine in the Rain’ and ‘Fallin’ Again’, which scream pure pedigree. We’ve been pestering Wookie for a FACT mix since he tore Cargo a new roof at our last party there, and now we can finally present it.

nice to hear you played Babylon by Charles Moui :) Thanks!