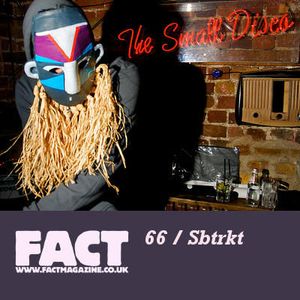 FACT Mix 66 is by Sbtrkt, a masked London-based producer who’s impressed us this year with his remixes of Goldie, Peaches et al, and his original material – much of which has already been snapped up by labels like XL, Brainmath and Planet Mu. He played a stonking set at our last Lock Tavern party alongside Ben UFO and Cooly G – one that blended house-fed dubstep from Ramadanman et al with the neo-garage of folk like Falty DL and a healthy amount of bootlegs and unashamed house anthems – and Sinden recently gave him his Fabric debut as part of his Get Familiar night. His FACT mix was done of Ableton with plenty of live editing and effects, and features Karizma, F, 2000 & One, Goldie, Little Dragon and more. Interview at http://www.factmag.com/2009/07/17/fact-mix-66-sbtrkt/2/

I crave for this sooonnnngggg