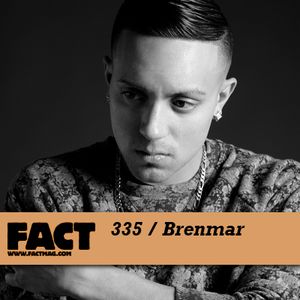 Brenmar – raised in Chicago, based between New York and Los Angeles – has been one of the States’ most promising DJs and producers for several years now. A former drummer in the group These Are Powers, he was also briefly involved in Venus X’s GHE20 G0TH1K club night, before making a name for himself on both sides of the Atlantic in 2010, with a series of well-received edits – Teengirl Fantasy, Jamie Foxx, Aaliayh and more in his sight.
If we’re honest, we asked Brenmar for a mix because he’s just such a good DJ. Yes, shifting between genres is hardly a big deal in 2012, but on any given night you could catch Brenmar running hip-hop, reggaeton, grime or footwork, and doing it better than most specialists in those areas.